I was in the U.S. iTunes store in my Windows VM, fruitlessly searching for the album for Ludovico Einaudi’s 2007 iTunes Festival performance (I was using iTunes only because it’s from the iTunes Festival; I avoid anything made by Apple to the fullest extent possible), when I found this:

I was wondering why it would show up in the search results for Einaudi, so I clicked on it only to find this: 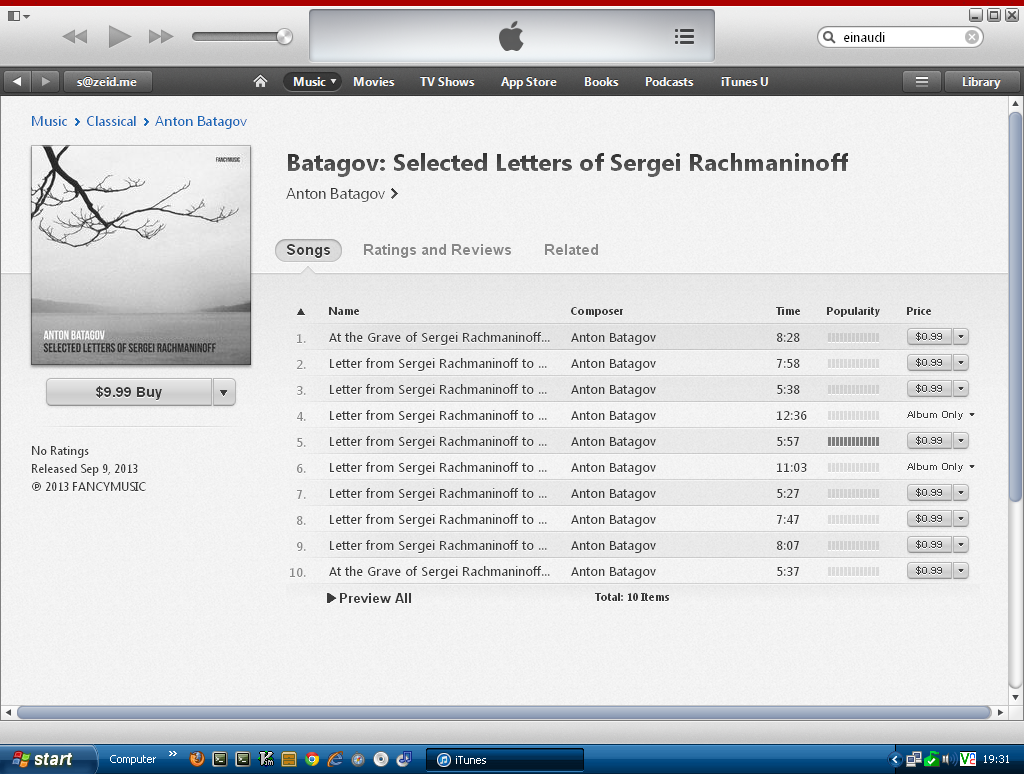 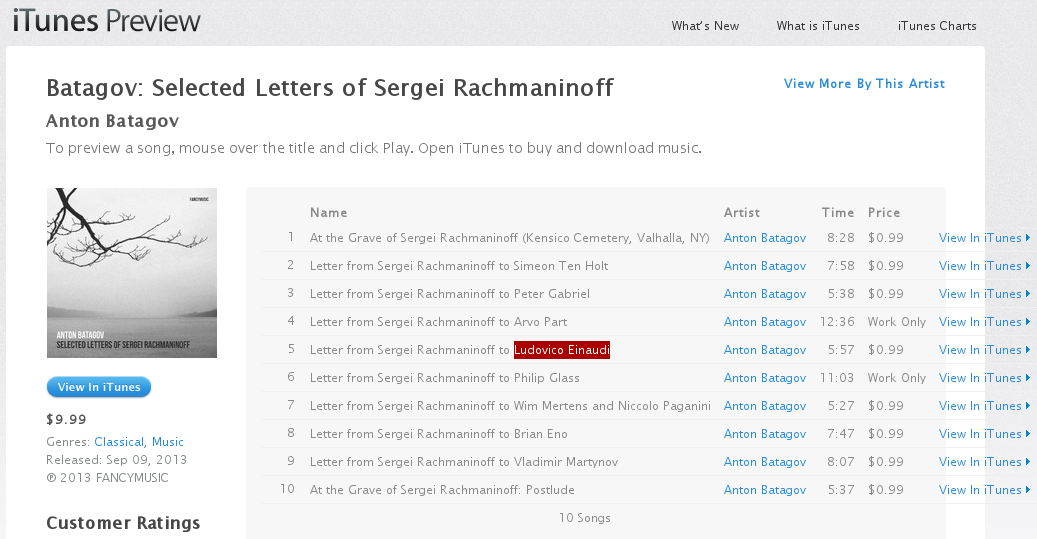 I looked back at the page in the iTunes app and noticed that track five is the only popular song on the album.  After seeing the full name of the track, it’s little wonder why!  XD

P.S.  It’s a beautiful album; you should listen to it!  (Through a place other than iTunes, of course!)  You should also read Anton Batagov’s write-up about his inspiration for the album.  (Also, track 4 should say “Arvo Pärt”, not “Arvo Part”.)

P.P.S.  Why the fuck do I have to hunt down an obscure music store in New Zealand in order to buy Ludovico’s 2007 iTunes Festival album‽‽‽

P.P.P.S.  Einaudi’s 2013 iTunes Festival concert is fucking epic.  If only it were lawfully available for download, and outside of iTunes….

Update (2013-10-02):  I was able to get Ludovico’s 2007 iTunes Festival, finally.  It only took about six hours of Googling in order to find a music store in New Zealand that didn’t check my billing address to see if I’m in the right country, and then I had to wait about 12 hours for them to manually release the order, and even then their download page was buggy.  I really wish the record labels would get their shit together.  I should probably do a more detailed blog post about all the troubles I’ve had getting Ludovico’s full discography and how his record labels (yes, he’s actually signed to more than one label) are fucked up.